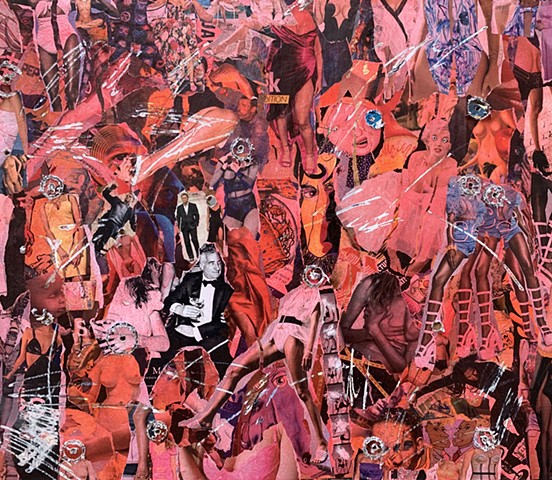 Pretty in Pink reflects the objectification of women as sex objects. I grew up in the 1960s on glossy, fashion magazines where women were depicted as accessories for successful men. Women were displayed as objectified sex objects that tottered on stiletto heels in push-up bras. Typical articles included “How to Satisfy Your Man,” “Should You Get a Breast Enhancement?,” and “Don’t Let Him Know How Smart You Are.” The implication was that men were into tits, ass, and sex; not a woman’s brain. I created Pretty in Pink from images torn from magazines published within the past five years. Except for the changes in fashion, the images are identical to those published in the 1960s.